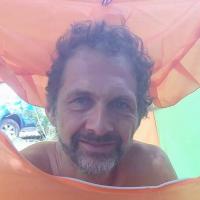 Achim traveled Europe for 14 years, joining various Ecovillages and Eco-projects with his vintage fireengine and circus caravan. In 2000 he found a paradisic place where he initiated „Valle de Sensaciones“. Even if many participants project got inspired to change their lifes, Achim aimed for a more effective contribution to social change. In 2010 he stepped into the IT team of the Global Ecovillage Network and started to develop a global platform to provide inspiration and knowledge about sustainable living and offer effective tools for Ecovillage creation. Working in the context of this vibrant global network inspired him to develop the concept of "Ecovillage laboratories", based on the experience of 12 years running Valle de Sensaciones, to hopefully inspire the creation of a variety of similar projects around the globe.